Sign up to myFT Daily Digest to be the first to know about Corporate governance news.

Just what an industry under fire needed. Private equity has been taking flak amid a wave of take-private deals for UK companies.

The charge sheet is long (and not always fair): reckless use of debt, aggressive cost cutting, outsize rewards for those on the inside and a general sense that the rules of engagement, particularly around governance, don’t always apply.

A high-profile listing of one of their own should have been a cause for celebration. Bridgepoint’s shares surged on their first day of trading this month, reflecting strong interest in alternative investments and the rarity of a private equity group joining the premium ranks of the London market.

Yet it was overshadowed by a governance bust-up that played into the worst stereotypes: sorry but the rules don’t apply to us.

First, Bridgepoint’s executive chair William Jackson is staying in that role, something common among US-listed alternative investment groups but in contravention of City best practice. Second, the big name recruited as senior independent director, chair of Marks and Spencer Archie Norman, received a highly unusual signing-on bonus, or “golden hello”, of £1.75m, on top of his annual fee of £200,000.

Amid angst that onerous corporate governance rules are pushing listed companies into private hands, it is sporting of Bridgepoint to attempt to narrow the gap. In reality, it underlines the need to extend some of the more stringent regulations and disclosure requirements for listed companies to their private peers — a key plank of the government’s audit reform proposals.

Sure, the company wanted a high calibre board; three other independent directors received payments of £500,000 too. The sums were, after tax, invested in the company’s stock (which would have provided considerably better alignment with other shareholders if it had involved directors’ own money).

But the payments set a bad precedent and risk the board’s credibility, especially around overseeing pay. The UK Corporate Governance Code, which applies to premium-listed companies, is clear: independence is threatened where a director “has received or receives additional remuneration from the company apart from a director’s fee”. The fact Bridgepoint labelled the payments “initial fees” is perhaps no coincidence but is an explanation surely too cute to run with.

And therein lies the problem. Under the “comply or explain” system, designed to give companies flexibility, shareholders can look forward to a discussion of this in the annual report, long after the point where it was a done deal.

Everyone knows those explanations tend to be pointless boilerplate, something regulator the Financial Reporting Council addressed earlier this year. Giving the FRC more powers to call out code breaches and insipid explanations is another welcome suggestion in the government’s reforms.

There has been much gnashing of teeth from institutional investors this year over the risk to London’s reputation from a mooted overhaul of listing rules, which propose watering down free float requirements and allowing dual-class listing structures in the top tier of the market. There was vocal opposition to Deliveroo’s listing, which eschewed premium status in favour of lower governance expectations.

But the job of enforcing the corporate governance code specifically falls to institutional shareholders, as part of the diligence and oversight exercised in investing clients’ money. Which makes you wonder whether the stewardship teams at asset managers had seen Bridgepoint’s pre-IPO pathfinder prospectus disclosing the payments before their colleagues in effect gave them the nod by buying shares in the listing.

Perhaps they didn’t make it to the relevant bit, page 261 of the 300-page document. There were, I’m told, no questions on the issue in investor meetings as part of the listing process.

The FRC is preparing to announce which of about 200 applicants will be the first signatories to the new Stewardship Code for investors, an effort to set higher expectations around these issues and, presumably, a desirable badge for any money manager professing to be ESG-minded (all of them).

When it comes to explanation, large investors should now be asked not only how they’re addressing issues after the fact but why, on balance, they decided to invest in the first place.

IPO prospectuses: the long and longer of it 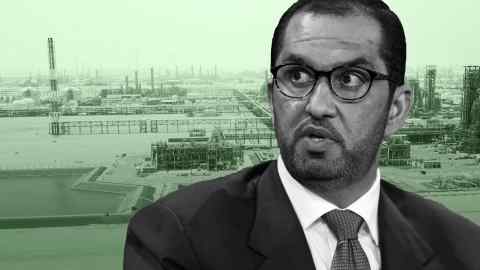