The Singapore stock exchange has tightened its requirements for listed company auditors in the wake of a series of accounting scandals that have highlighted concerns over corporate governance.

Singapore Exchange Regulation, which regulates capital markets in the south-east Asian city-state, on Tuesday said the changes would increase the standards required of auditors and property valuers that monitor the financial statements of its listed companies.

“We expect the quality of the market and investor protection to improve as a result,” said Tan Boon Gin, chief executive of the exchange’s regulatory unit.

The move follows a string of high-profile governance scandals at Singapore-listed companies in recent years that have damaged investor confidence and fuelled questions about the market’s regulatory framework and oversight.

In 2018, KPMG failed to raise red flags at water treatment company Hyflux, which is in a long-running battle to avoid liquidation after it ran up unsecured debts of S$2.7bn ($2bn).

Last year, the founder of Hin Leong Trading, an oil trading firm, was charged by Singapore police after he allegedly instigated an employee to forge a document that was used to secure more than $56m in trade financing.

In a third case, collapsed oil trader Hontop Energy was last July accused by its biggest lender of “suspicious transactions”.

The number of accounting scandals has sapped liquidity from Singapore’s equity market and weighed on valuations, analysts say, discouraging companies from listing on the bourse. 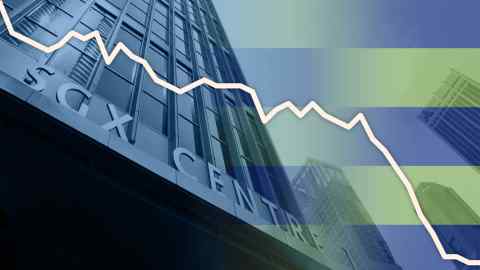 Last year, the number of public companies on SGX hit a low of 697 after 26 groups delisted from the exchange, according to bourse figures. That marked the second year in a row where more businesses left the market than joined.

Under the new rules, all primary issuers to the exchange must appoint an auditor registered with Singapore’s Accounting Corporate Regulatory Authority to conduct their statutory audits. The requirement will effectively bring all listed company audits under the oversight of the regulator.

The regulator may also require companies to appoint a second auditor in exceptional circumstances, such as if it believes that financial misstatements in the company’s accounts are “pervasive”.

SGX has expanded its business beyond equity trading in recent years, increasing its role in regional foreign exchange, bonds and commodities markets.

But it has been years since an internationally recognised name listed in Singapore. The $575m initial public offering of Eagle Hospitality Trust in 2019 was the biggest in two years, but the real estate investment trust’s shares were suspended last year after its manager defaulted on a $341m loan.

In 2013, a penny-stock crash wiped S$8bn from the city’s equity market in an episode that did extensive damage to investor confidence. 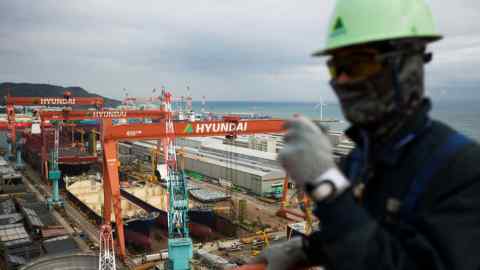 FWD, the Asian insurer founded by the son of Hong Kong tycoon Li Ka-shing, has filed for a US initial public offering in what would be one of the year’s biggest listings.

The company launched by Richard Li in 2013 said on Thursday the number of American depositary shares to be offered and the price range for the IPO had not yet been determined and the timing of the listing was subject to regulatory approval. But the company could seek $2-3bn from the share sale, according to people familiar with the situation.

FWD has expanded aggressively across Asia, rapidly rolling out a network across 10 countries including Japan, the Philippines, Vietnam, Singapore, Malaysia, Thailand and Cambodia.

Richard Harris, a fund manager at Hong Kong-based Port Shelter Investment Management, said FWD “has made enormous gains [in market share] because it’s got a lot of firepower behind it”.

As with Li Ka-shing’s Cheung Kong conglomerate, FWD “takes a strategic view on industries and invests very heavily in them”, Harris said. 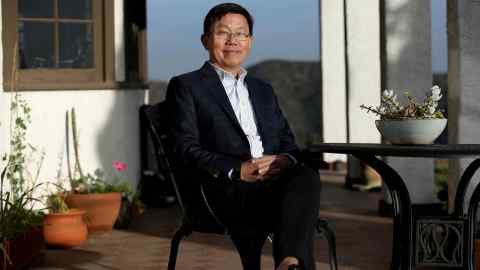 He added that it was “interesting” that the insurer had chosen to list in New York over Hong Kong, but US investors “will be interested [in FWD] and there does seem to be a slight thawing with the view towards Chinese companies — and this will be recognised in New York as a Chinese company”.

Li started FWD with the $1.2bn acquisition of ING’s pension and insurance businesses in Thailand, Hong Kong and Macau. The expansion strategy of Huynh Thanh Phong, FWD’s chief executive, has focused on pairing moves into new Asian markets with the use of technology to reduce the paperwork and complexity common to the industry in the region.

The group has swallowed up competitors as rival financial groups have retreated from the region, including MetLife’s Hong Kong business and the insurance business of Thailand’s Siam Commercial bank, the industry’s largest-ever takeover in south-east Asia.

“[SCB was] the prize asset that everybody wanted to go after,” Phong told the Financial Times in an interview this year. FWD eventually acquired SCB for about Bt93bn ($3bn) in 2019, giving it a 36 per cent market share in Thailand in bancassurance terms, bigger than the next three groups combined.

FWD has submitted a confidential filing for the IPO to the US Securities and Exchange Commission. That will allow it to submit other documents confidentially to the SEC before filing a prospectus publicly.