Dozens of states and territories have launched the first US antitrust challenge to Google’s core search engine, in the latest in a spate of lawsuits to hit the internet company.

The bipartisan group of 38 attorneys-general took aim at what it claimed were deliberate moves by the company to block rival search services from reaching users.

The challenge to the way Google treats specialised, or “vertical”, search rivals follows a long-running campaign by companies such as Yelp, a local search company and travel group Expedia. They have long argued that Google deliberately downplays them in its results in order to keep users tied to its own in-house services.

The suit includes claims that rivals were prevented from displaying their brands prominently in some forms of advertising, and that they are excluded from the information boxes that often appear in prominent positions on Google results pages.

The claim echoes a case that the Federal Trade Commission sought to mount against Google eight years ago, alleging broad “search bias”, but the US regulator ultimately backed away from suing and Thursday’s case is more narrowly drawn.

Google immediately hit back at the attempt to prise open its search engine, claiming it would lead to a worse service for users.

“This lawsuit seeks to redesign search in ways that would deprive Americans of helpful information and hurt businesses’ ability to connect directly with customers,” said Adam Cohen, the company’s director of economic policy.

The company said directing users to the most useful results often meant bypassing what it called “aggregators” and “middlemen” like Expedia and Yelp.

Yelp called the case “arguably more significant than previous lawsuits in that it strikes at the foundation of Google’s dominance: its search results”. By trying to open up Google’s search engine, it added, “we hope today’s action is the beginning of a return to a more vibrant and open internet”.

The latest case, led by Phil Weiser, the attorney-general of Colorado, comes a day after 10 Republican-led states filed their own lawsuit claiming Google had used its control of all parts of the digital advertising supply chain to monopolise adverts and fix prices to suit itself.

Google also faces a complaint from the Department of Justice, backed by 12 states, over allegations that it created a web of contracts and partnerships to make it harder for rivals to reach an audience on smartphones or other devices. 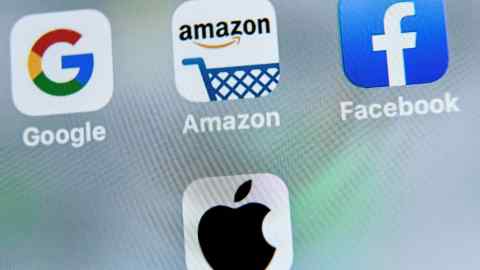 Tom Miller, attorney-general of Iowa, said the number of cases reflected “a division of labour” among the states. The latest complaint “opens up another front in what Google has to deal with”, he said, adding: “In a world where they out-resource us, it’s another front.”

Besides taking aim at Google’s search results, the latest case echoes the action in challenging the way Google guarantees distribution of its search engine using contracts with other companies. But it goes a step further in attacking deals that it said the company was using to monopolise new markets like smart speakers, televisions and cars.

These include limits Google allegedly places on hardware makers who use its voice assistant, preventing them from giving equal prominence to rival voice services under an arrangement known as “concurrency”.

In a parallel to the Texas-led case from Republican states lodged on Wednesday, it also challenges Google’s advertising practices. It adds a new allegation that the company uses a tool called Search Advertising 360 to make it harder for advertisers to compare prices on rival search engines and lock them into its own service.

The complaint, brought under section two of the Sherman Act, calls for remedies that may include “structural divestitures”. However, Mr Weiser said it was too early to say whether the states would push for a break-up of Google if they win their case.

#techFT brings you news, comment and analysis on the big companies, technologies and issues shaping this fastest moving of sectors from specialists based around the world. Click here to get #techFT in your inbox.

A carbon registry leaves polluters with nowhere left to hide

The writer is the founder and executive chair of the Carbon Tracker Initiative, a think-tank

No one yet knows which countries will extract the last barrel of oil, therm of gas or seam of coal. But the jostling has started. Every nation has reasons to believe it has the “right” to continue fossil fuel extraction, leaving others to deal with the climate crisis.

In the Middle East, oil producers can argue that the cost of extraction is low. In Canada, they market their human rights record. Norwegians trumpet the low-carbon intensity of their operations. And in the US under Donald Trump, they touted the virtues of “freedom gas” and called exports of liquefied natural gas “molecules of freedom”.

The dilemma for governments is that if one country stops producing fossil fuels domestically, others will step in to take market share. And so the obligation to contain emissions set out in the Paris Agreement risks being undermined by special pleading.

In the UK, the furore over plans for a new coal mine in Cumbria the year that the country is hosting the UN’s climate summit is indicative of the contrary positions many countries hold. Facing one way the government says it is addressing climate change. But looking the other, it consents not just to continued extraction, but to support and subsidise the expansion of production.

To keep warming under the Paris Agreement limit of 1.5C, countries need to decrease production of oil, gas and coal by 6 per cent a year for the next decade. Worryingly, they are instead planning increases of 2 per cent annually, the UN says. On this course, by 2030 production will be too high to keep temperature rises below 1.5C. The climate maths just doesn’t work.

One of the problems in attempting to track fossil-fuel production is the lack of transparency by both governments and corporations over how much CO2 is embedded in reserves likely to be developed. This makes it difficult to determine how to use the last of the world’s “carbon budget” before temperature thresholds such as 1.5C are exceeded.

Governments need a tool that establishes the extent to which business as usual overshoots their “allowance” of carbon. There needs to be a corrective because the cost competitiveness of renewable energy, and the risk of stranded energy assets, has not stopped governments heavily subsidising fossil fuels. During the pandemic, stimulus dollars have been dumped into the fossil-fuel sector regardless of its steady financial decline, staggering mounds of debt and falling job count.

This is why my initiative and Global Energy Monitor, a non-profit group, are developing a global registry of fossil fuels, a publicly available database of all reserves in the ground and in production. This will allow governments, investors, researchers and civil society organisations, including the public, to assess the amount of embedded CO2 in coal, oil and gas projects globally. It will be a standalone tool and can provide a model for a potential UN-hosted registry.

With it, producer nations will have nowhere left to hide. It will help counter the absence of mechanisms in the UN’s climate change convention to restrain national beggar-thy-neighbour expansion of fossil-fuel production.

No country, community or company can go it alone. But governments can draw from the lessons of nuclear non-proliferation. First, they must stop adding to the problem; exploration and expansion into new reserves must end. This must be accompanied by “global disarmament” — using up stockpiles and ceasing production. Finally, access to renewable energy and low-carbon solutions must be developed in comprehensive and equitable transition plans.

The choice is between phasing out fossil fuels and fast-tracking low-carbon solutions, or locking-in economic, health and climate catastrophe. A fossil-fuel registry will help governments and international organisations plan for the low-carbon world ahead.

Hasty, imperfect ESG is not the path for business

The writer is a global economist. Her book ‘How Boards Work’ will be published in May

Good environmental, social and governance practices take a company from financial shareholder maximisation to multiple stakeholder optimisation: society, community, employees. But if done poorly, not only does ESG miss its sustainability goals, it can make things worse and let down the very stakeholders it should help.

To be sure, the ESG agenda should be pursued with determination. But there are a number of reasons why it threatens to create bad outcomes. The agenda is putting companies on the defensive. From boardrooms, I have seen organisations worry about meeting the demands of environmental and social justice activists, leading to risk aversion in allocating capital. Yet innovation is the most important tool to address many of the challenges of climate change, inequality and social discord.

Pursued by $45tn of investments, using the broadest classification, ESG is weighed down by inconsistent, blurry metrics. Investors and lobbyists use different evaluation standards and goals, which focus on varied issues such as CO2 emissions and diversity. Metrics also depend on business models.

Without a clear, unified compass, companies that measure themselves against today’s standards risk seeming off base once a more consistent regulator-led direction emerges (for example, from worker audits, the COP26 summit and the Paris Club lender nations).

ESG is not without cost and the best hope for long-term success lies with business leaders’ ability to stay attuned to its impact and unintended consequences. For example, while the case for diversity is incontrovertible, efforts at inclusion should account for the possible casualties of positive discrimination.

Furthermore, despite ESG advocates setting a strong and singular direction for governance, organisations have to maintain their operations and value while managing assets and people in a world where cultural and ethical values are far from universal. While laudable, a heightened focus on ethics (such as human rights, environmental concerns, gender and racial parity, data privacy and worker advocacy) places additional stress on global companies.

It is often asked if advocates appreciate that ESG is largely viewed from the west’s narrow and wealthy economic perspective. To be truly sustainable, ESG demands global solutions to global problems. Proposals need to be scalable, exportable and palatable to emerging countries like India and China, or no effort will truly move the needle.

Much of the agenda is too rigid, requires aggressive timelines and lacks the spirit of innovation to achieve long-term societal progress. Stakeholders’ interests differ, so ESG solutions must be nuanced, balanced and trade off speed of implementation against the breadth and depth of change.

Business leaders are aware of the need for greater focus and prioritisation of ESG. We also understand that deadlines can provide important levers for senior managers to spur their organisations into action. After all, in the face of pressure for a solution to the global pandemic, vaccines were produced in months instead of the usual 10 years.

I live at the crossroads of these tensions every day. Raised in Africa, I have lived in energy poverty, and seen how it continues to impede living standards globally. As a board member of a global energy company, I have seen much investment in the energy transition. Yet from my role with a university endowment, I have also been under pressure to divest from energy corporations.

Business leaders must solve ESG concerns in ways that do not set corporations on a path to failure in the long term. They must have the boldness to adopt a flexible, measured and experimental agenda for lasting change. In this sense, they must push back against the politically led narrative that wants imperfect ESG changes at any cost.

My parents made my sister executor of their $4 million estate, and joint owner of their bank accounts. Should I be worried?