Thousands of Indian farmers massed on the outskirts of Delhi on Monday in a fifth day of protests against Prime Minister Narendra Modi’s agricultural reforms, which they say favour corporate interests.

Hundreds of police and paramilitary forces in riot gear were stationed at the state border to stop a convoy of tractors and trucks from descending on the country’s capital.

The farmers, from the grain-producing states of Punjab and Haryana, started their campaign in September after Mr Modi’s government pushed through three bills liberalising the agricultural sector, overriding demands from coalition partners and opposition parties for greater scrutiny of the legislation.

“When injustice becomes the law, protest becomes your duty,” said Naresh Sangnan, a 35-year-old farmer from Haryana, taking part in Monday’s demonstration. “All the farmers want the government to change.”

Under the new rules farmers can sell produce directly to private buyers instead of through government-controlled market yards. The reform’s proponents say it will make the market more efficient, but many farmers believe it will have a devastating impact on their already precarious livelihoods.

“The fear is that the bulk of buyers will shift to private markets, making the minimum support price system redundant and resulting in lower prices for the farmers,” said Himanshu, associate professor of economics at Jawaharlal Nehru University in New Delhi. “It’s creating a parallel market.”

The stakes for Mr Modi are high — the agricultural sector employs half of India’s workforce and rural distress has become a nationwide issue. In 2018, protesting farmers hung skulls around their necks to highlight the rising number of suicides.

Mr Modi insists the freer trade will benefit farmers by allowing them to earn higher prices by dealing with a greater number of potential buyers.

In his monthly radio address on Sunday, the prime minister said the reforms had “not only broken shackles of farmers but had also given new rights and opportunities to them”.

But the farmers are demanding the new laws be scrapped and are preparing for a prolonged stand-off with the government.

At Singhu border, where Delhi meets Haryana, the convoy of tractors and trucks stretches as far as the eye can see, in a protest that threatens to block five of New Delhi’s major arteries.

The highway has been converted into a makeshift camp, with laundry hanging on clothes lines strung between tractor mirrors, and farmers brewing sweet chai and cooking rotis over open log fires.

Sukhwinder Singh, a 38-year-old farmer, rode on his tractor from Punjab state. He says he is prepared to protest for months, even as the temperature drops during the cool winter nights.

“We have tents, we have our carpets, we have enough food for two months. We don’t feel the cold,” said Mr Singh, wearing a white turban and blue collared shirt. “We are coming here against Modi,” he said, “this bill is not a benefit for our farmers.”

New Delhi’s decision to rush through the legislation by using an emergency executive order has also eroded trust between the farmers and the central government, added Himanshu. “Farmers are suspicious, it points to a mistrust in the system,” he said.

Home minister Amit Shah has said the government will hold talks with the farmers’ unions on Thursday. Yet Bhubinder Singh, a 36-year-old farmer from Amritsar vowed to continue the protest until the reforms are withdrawn. “The government didn’t listen to us,” he said, “that’s why we have to come here.”

The perils and pitfalls of building multiracial democracies 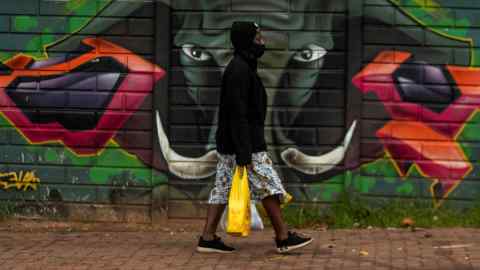